The Unbounded Level of the Mind : Rod Macdonald’s Legal Imagination 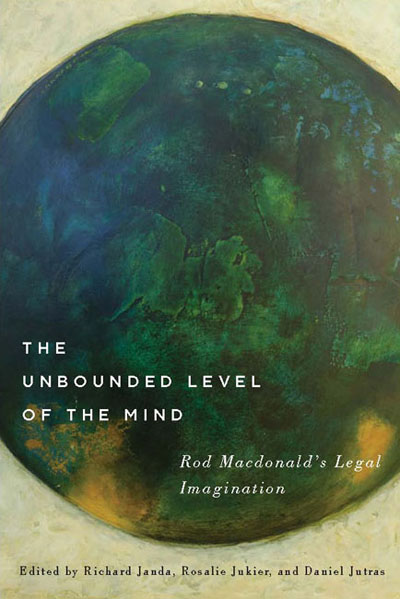 Roderick A. Macdonald (1948-2014), internationally renowned for his expertise on access to justice, legal pluralism, and the philosophy of law, was first and foremost a teacher and mentor. He believed in the law as a promise our society makes to itself, and passionately imparted this message to students who went on to become lawyers, judges, and academics. Throughout his career, including participation in several government commissions and tenures as dean of law at McGill University and president of the Law Commission of Canada, he strove to promote ideas that have become woven into our contemporary understanding of unity, reconciliation, accommodation, and social justice.

The Unbounded Level of the Mind brings together the fascinating essays developed from presentations made at a symposium, held in February 2014 at McGill’s Faculty of Law, in honour of Rod Macdonald. Eminent legal scholars from Canada and beyond explore various aspects of Macdonald’s rich scholarship, reflecting on the influence this has had on their own work and its implications for the future. Organized around six cross-cutting themes – kaleidoscopic federalism, producing fairness, pluralizing the subject, the priority of distributive justice, contextualizing governance, and pursuing virtue – this volume is both a tribute to Macdonald’s dedication to the law and a call to challenge all assumptions in the quest to better our society.